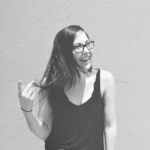 There are only two countries in the world with a legal bail bonding system and the United States is one of them. In the U.S., there are over 15,500 bail bondsman. Compared to most other industries, this is a small number. However, the industry generates over $2 billion annually which, along with the nature of the business, puts it in the high risk business category when it comes to credit card processing. Find out ways to reduce this risk and put your business in the best place to become successful.

Besides the obvious high point of getting out of jail, the bail bonds industry has some positive effects on the justice system. These points are what keeps the industry thriving in the face of opposition. A few of these positive effects include: 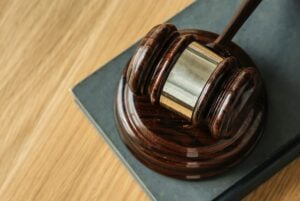 In the above paragraph, it was mentioned that bail bonds get people out of jail. This is the most significant positive point, but not just because people get to go free. In the American justice system, people can sit in jail for months, sometimes even years before they go to court. Innocent people who would be found not guilty in court would have wasted precious time being incarcerated unless they happen to have tens or hundreds of thousands of dollars to pay their bonds. The average citizen doesn’t have this type of money so bail bonds are their only ticket to getting out of jail while awaiting their court date.

Controversy Associated with the Industry

As stated above, bail bonds get people out of jail if they can’t afford to pay their bonds with their own money. However, it’s this same point that causes controversy. Many people claim that it is unfairly designed to work against poor people who can’t afford to pay their own bail. The industry has been branded as unregulated, unfair, and even predatory. This is because bail bondsmen require a certain percentage of the bail up front and they may either take cash or collateral. While the money is given back if the defendant shows up to court, the bail bondsman keeps a certain percentage that can sometimes be very high. If the defendant doesn’t show up to court, the bail bondsman keeps all the money and/or collateral which can be debilitating for a poor family.

Politicians and other influencers have been calling for change for a long time. There has been a push for bail reform and even doing away with the entire bail system altogether. It’s unclear at this point whether these actions will happen, but in the meantime, the bail industry is operating just as strong as ever.

The most obvious reason that it’s high risk is that the money is dependent on whether people, some of who may be dishonest criminals, decided to show up to court. Which is not very high considering the amount of collateral that is required to bail that person in the first place. Close to 30 percent of people who have a bail bond don’t show up to court. That can amount to a lot of lost revenue unless a bounty hunter can find them.

The push for bail reform has slowly caused some states to make bail bonding illegal. These states include Maine, Massachusetts, Oregon, Nebraska, Kentucky, Illinois, Wisconsin as well as Washington D.C. With the threat of bail bonding becoming illegal, bail bondsmen run the risk of losing everything they’ve built. They’d have to shut down and possibly default on loans. They would essentially be in debt. 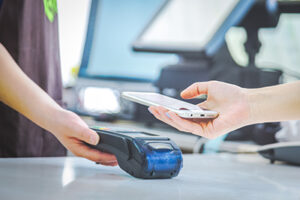 Bail bonding is a business where you deal with desperate people. These people would do anything to get their loved ones out of jail. Unfortunately, some of them do illegal activities to ensure bail is posted. This could be through counterfeit money, stolen credit cards or property, or even bad checks. You also run into the issue of chargebacks. The risks of a bail bonds business are high but in the next section are suggestions on reducing the risks.

It’s hard to reduce most of the risk of the bail bonds industry. If you are a bail bondsman or considering becoming one, unfortunately, you can’t do anything about people skipping court or states banning the business. However, you can get a handle on the financial risks. For one, if you take cash, you can use devices such as counterfeit money machines or pens to make sure the money is not fake. These machines can be expensive but dealing with a lump sum of fake money will set you back a lot more than the machine will.

For the issues of stolen cards, you’ll need some additional help. This help will most likely come from the payment processor and bank that are backing the card transactions at your business. Most traditional banks won’t support a merchant account for bail bonds businesses because they don’t deal with high risk industries. For that reason, credit card processing in a bail bonds business must be done through high risk payment processors. They understand higher risk industries and know what to do to reduce the risk associated with them.

A high risk payment processor is a credit card processing company that specifically deals with high risk businesses. While it may be more expensive to use this type of processor, they will have superior security solutions to ensure you don’t have problems with merchant services fraud. They will also be able to set your business up with wireless terminals or a POS payment system. You’ll have an extra layer of protection that you won’t have with regular credit card processors.

All the information above is a lot to consider if you’re a current or aspiring bail bondsman. It’s a good, profitable industry to go into but there are challenges and risks that you need to be aware of. As long as you remain vigilant and informed and use great high risk payment processors to help minimize your financial risks, you’ll most likely be successful.